Why Traditional Trades Are Thriving in 21st Century Manufacturing

The beginnings of automation brought both ripples and tidal waves of change throughout the manufacturing industry over the past few decades. As the world enters into a fourth industrial age – one characterized by ubiquitous digitization and connectivity – many trade workers have expressed their fear of further automation, especially given recent reports of widespread job losses that continue to perpetuate this fear. However, automation could actually be a big upside for  employee growth, especially for those who wield the right skills. Here are three good reasons why the outlook for trade workers is looking good.

1. New Jobs Could be Created

There’s no doubt that the manufacturing landscape is yet again undergoing a series of rapid changes thanks to rapidly advancing technology. Some jobs, especially those that are purely manual and repetitive, will undoubtedly be lost to machine technology. However, human input will still be needed to work alongside even very sophisticated machinery. Furthermore, the rapid advancement of new industrial technology will actually result in the creation of new trade jobs. 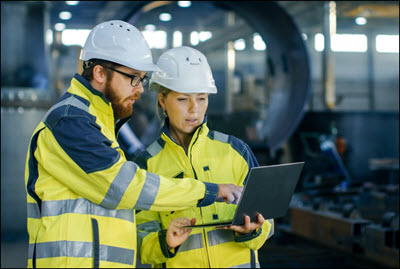 Since human workers have the advantage of being, well, human, our ability to be social and creative is of paramount importance in an increasingly digital world. Thus, it is more likely that modern trades workers will find themselves working in partnership with robots rather than being replaced altogether, such that manufacturers will find themselves with the best of both. By offering employees the appropriate skill-upgrading programs like as a robotics education course, manufacturers can help reduce transition friction for human workers as new technology begins to join them in the workplace.

Indeed, despite a painful financial crisis, over the course of the last ten years, manufacturers have reported that they are finding it increasingly difficult to fill vacant positions due to a large skills gap. As the demand for manufacturing grows throughout the next decade, this skills gap will have to be addressed in order to fill a predicted shortfall of a mind-blowing 2 million manufacturing jobs in the US alone.

Current applicants reportedly lack the appropriate computing, problem solving and math skills, and fundamental technical training needed to work in the trades. Technology is quite simply moving so quickly that jobs are being created before employers can find the right workers with the right skills. 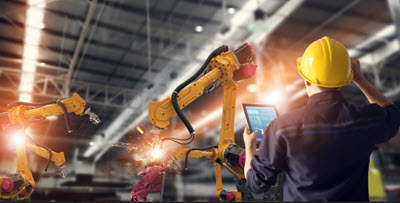 In order to keep up with rapid technological changes, manufacturers must begin placing emphasis on providing existing workers with new training opportunities, as schools alone cannot churn out new workers fast enough. By upskilling workers to learn about biomanufacturing, precision manufacturing, automatic productions, materials and composites, robotics and more, robots can begin to take over mindless repetitive tasks so that technicians and operators are empowered to be more efficient in tasks better suited to human hands and minds.

The growth of online technical training programs provided by accredited bodies such as George Brown College are already paving the way for reskilling workers for the smart factories of tomorrow. An electronics technician with no previous experience in semiconductors could very well learn the required skills via such a program from the comfort of their home, at their own time, so that employees need not fear having to miss work to attend classes. 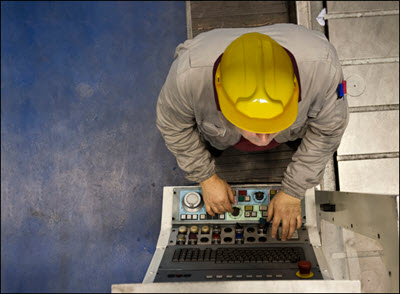 Existing and oncoming skills shortages are having another curious impact on the manufacturing scene; since 2010, many companies have begun to reshore their operations to North America. According to a report by USA Today, rising overseas labour costs, generous tax breaks, the desire to reduce manufacturing errors and transportation costs, and the lack of appropriately qualified workers across seas are some of the many reasons why companies are bringing jobs back to North America in recent years. The attempt to close the manufacturing skills gap by reshoring to North America may very well continue, given that 2 out 3.5 million manufacturing jobs have been predicted to go unfilled over the course of the next decade.

Despite alarmist predictions regarding grim job loss reports due to automation, managers and industry experts have actually sounded worries about manufacturing jobs going unfilled rather than the opposite. Trades, then, are clearly here to stay. However, to thrive in the new age of industrialization, workers will need to adopt understand more sophisticated systems and technology like robotics, PLCs and industrial automation. George Brown can help get you ahead in this brave new economic world from the comfort of your own home. Learn more about our different technical training programs.