The world has experienced a few industrial revolutions, the latest of which is being called ‘Industry 4.0’. It encompasses recent trends of industrial automation, as well as the use and creation of Big Data. One of the most interesting changes to Industry 4.0 is the growing development and use of industrial robots. Here is a brief overview of 5 different kinds of industrial robots, each with their unique set of advantages and disadvantages, that can be found in a range of modern manufacturing environments today. 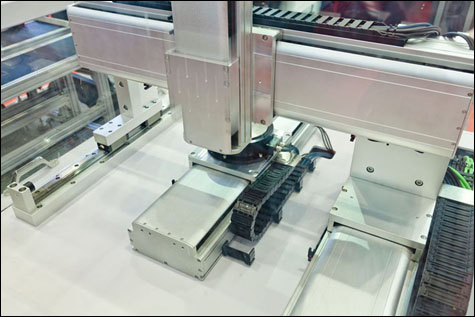 Digitizing the factory floor is no easy feat. It’s no wonder then that the Cartesian robot is the most commonly used robot type for many industrial applications. It boasts three main linear axes of control, hence the name ‘Cartesian’.

Known for their ease of use and programmability, they’re a popular choice amongst plant operators looking for a robot that provides them with flexibility when it comes to implementing custom configurations. Their durability and the fact that a single controller can be used to simultaneously control many of these robots also makes for a rather compelling set of advantages. While one drawback is the fact that the initial assembly process can be quite complex, the advantages it does provide continues to ensure the Cartesian robot’s success amongst manufacturers everywhere. 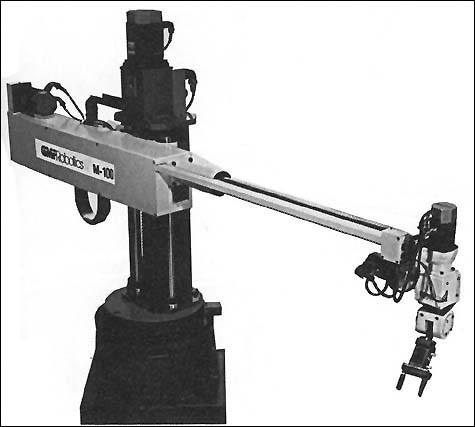 While Cartesian robots may be the most commonly found type of industrial robot, Cylindrical robots are nearly just as popular and come with its own set of advantages. The typical Cylindrical robot features a rotary and a linear moving part, so they are a little more economical in terms of space than their Cartesian counterparts. They are also quite easy to use, in addition to requiring little assembly and fuss. Cylindrical robots are often used for assembly operations, spot welding and more. 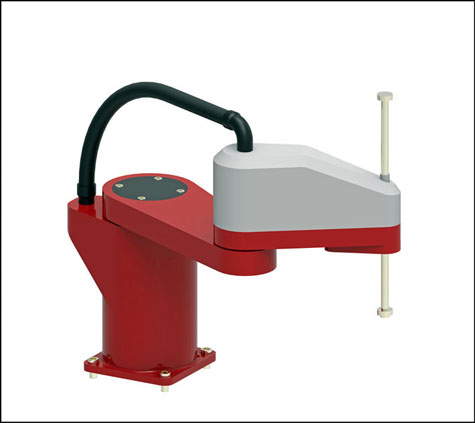 SCARA stands for Selective Compliance Assembly/Articulated Robot Arm and have been commonly found in manufacturing plants for a few decades now. They feature rotary motion in addition to being able to move along the x, y, and z planes. This makes them useful for many vertical assembly tasks and provides a speed advantage over Cartesian and Cylindrical robots.

However, when making use of SCARA robots, it’s important to consider factors such as load and environment. For instance, SCARA robots bear weight when their arms are extended. This means that too large a payload can result in reduced accuracy. They are, however, quite useful in environments with limited space as they tend to be quite compact. 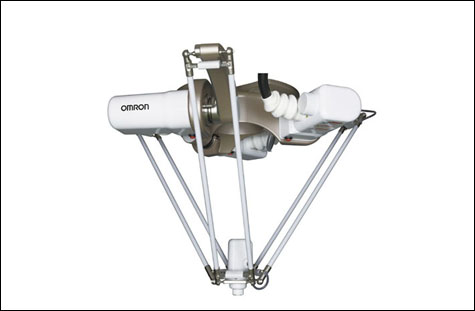 Delta robots are often described as spider-like, as they feature a common base to which three jointed parallelogram-shaped arms are attached. It’s an efficient beast that operates like a human arm, moving items from plane to plane – however its influence is anything but biological.

While many tools opt to design tools based on natural influences, delta robots are purely geometrical and mathematical in design. They’re gaining popularity due to the fact that they can operate quickly, accurately and effectively without sacrificing load bearing capabilities. They are also quite flexible and have proven to be a favourite amongst manufacturers requiring pick-and-place features in a robot. That said, they are fairly expensive and are not necessarily a realistic choice for all manufacturers due to this very reason. 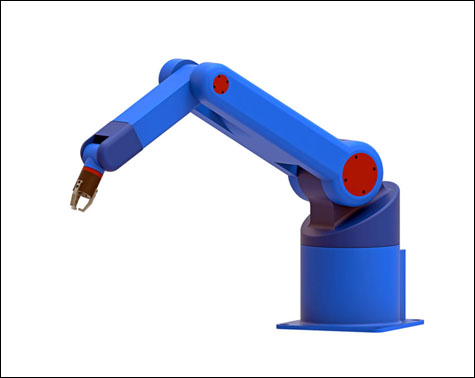 Delta robots aren’t the only arm-like robots to grace the modern factory floor. 6-axis robots are also somewhat arm-like and can move along, well, six different axes. This means that they are able to carry out a wider variety of tasks than robots that feature fewer axes. Another advantage is that they come in a range of different sizes, ranging from toy-like to absolutely massive. However, programming the 6-axis robot can be somewhat complicated.

As the world hurdles its way through Industry 4.0, robots of all kinds will continue to be integrated into manufacturing operations throughout North America in the coming years. As a manufacturing worker looking to keep up with recent progress, online robotics courses might prove to be an effective way to learn new skills required for the modern workplace. If you want to learn more about being a robotics technician or if you’re still considering the robotics program and would like to know more, contact us! You can speak to a Program Consultant toll-free at 1 888-553-5333 or email us at info@gbctechtraining.com.