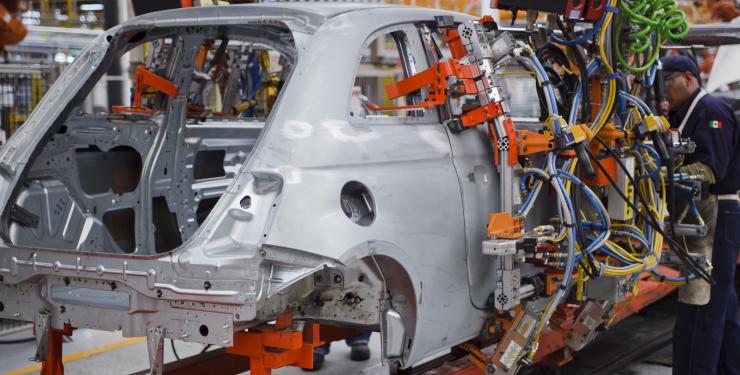 When we think of robots and automation, we often think of Japan and the US: highly advanced societies with a huge amount of focus on technological solutions to problems. And it’s true that the presence of robots in Japan – and increasingly so in the US as well – is ubiquitous and growing fast as the manufacturing world moves ever onward to greater automation. However, other countries aren’t far behind, and there’s a possibility that the next big user and consumer of robotic technology might not be the US or Japan at all, but Mexico.

Robots on the Rise

Of course, this is for North America as a whole, but a surge in the orders for Mexico underpins some of these numbers. Mexico is rapidly becoming a hub for the automotive industry, and growth in this sector is only expected to continue to increase. Companies are planning their newest facilities to be close to airports so that they can continue to support this expected growth, and allow them to serve customers all over the North American continent, in Mexico, the US, and Canada, from a central Mexican location.

Mexico has the world’s 11th largest economy, and is home to a huge number of industries. The automotive industry has already been discussed, but it also has a massive aerospace manufacturing sector. Sales of robots tripled in Mexico in 2015 to 6,320 units, over $243 million worth. Much of this is also driving an increase in the number of well-paying jobs in Mexico, which has a high number of engineering graduates per capita.

Because of the huge automotive and aerospace industries, as well as the food and beverage industry, automation is poised to increase the growth of any company that works with advanced automation or robotics. Mexico is usually thought of as a place with cheap labour – however, its automation processes are becoming so advanced that it is almost rivalling the US in terms of the sophistication of the equipment available.

A common misconception is that poor Mexicans are leaving the country in droves in search of a better life and better employment opportunities, as recent political events have highlighted. However, while this stereotype has some truth to it, with the rise in automation, it might be more likely for people to start moving to Mexico in search of good jobs, if they have the right qualifications.

What if you want a job like that? The world is changing so fast that it is often difficult to know what to train in – or even how to train, if you are working a full time job that you can’t just give up to go to school, particularly if you have a family to support. Adult education in the automation age, easily obtainable these days via online technology courses, is more crucial than ever before if you want to continue to learn throughout your life and take opportunities to advance.

George Brown College offers a certificate of completion in several such courses which will lay the foundation for a career change into technical work. Whether you want to be a PLC programmer, a Robotics Technician or an Electromechanical Technician, these are all roles that are going to be in heavy demand moving forward as automation continues to increase. And continue to increase it undoubtedly will.

And who knows… maybe there’s a job for you in Mexico!