The (Robot) Doctor Will See You Now! 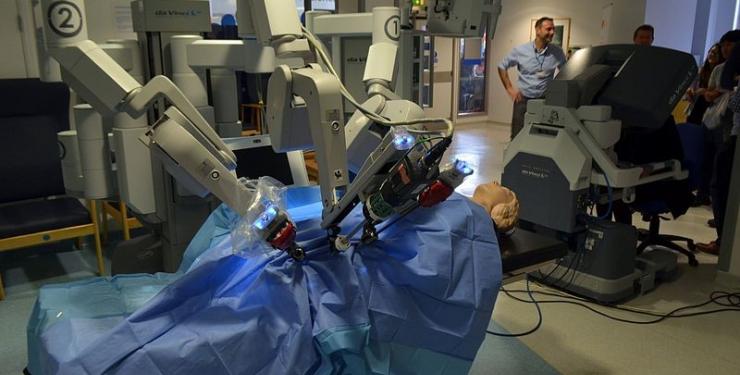 Robots have been used in medicine since 2000 when the FDA first approved the da Vinci Surgical System. Sixteen years and 20,000 surgeries later, the concept of a robot performing surgery is not nearly as far-fetched as it seemed at the beginning of the century. Now the da Vinci system, and many others like it, perform surgeries every single day – and yet we are still only at the very beginning of the age of healthcare robotics. Recent breakthroughs in the field have made robots less expensive and more sophisticated in their capabilities, resulting in better levels of automation and increased abilities to work collaboratively with humans.

Over the next half decade, healthcare robotics is expected to experience enormous growth, with hundreds of new applications being found for robots in healthcare. In recent years, new robots have been developed to assist in physical therapy, provide care to remote patients (in an emerging field known as “telemedicine”), and distribute supplies within medical facilities.

Some robots are used as assistive devices that help patients with everyday activities.

Other robots assist with physical therapy. Toyota manufactures several Healthcare Assistants, which are robots that are designed to help patients who have been paralyzed regain their ability to walk or balance themselves in various specific ways:

Medical robots are also making waves outside the hospital in the field of telemedicine.

Another new and exciting frontier is the emerging class of “microbots,” tiny robots that perform delicate and precise operations from within the patient's body. Some examples include:

There is a lot to be excited about in the field of healthcare robotics over the next few years. As more and more breakthroughs are made, hospitals will continue to automate and enhance existing jobs using robots. That's not to say that all hospital workers are going to be out of a job any time soon—we just might see a few more robotics technicians among them.