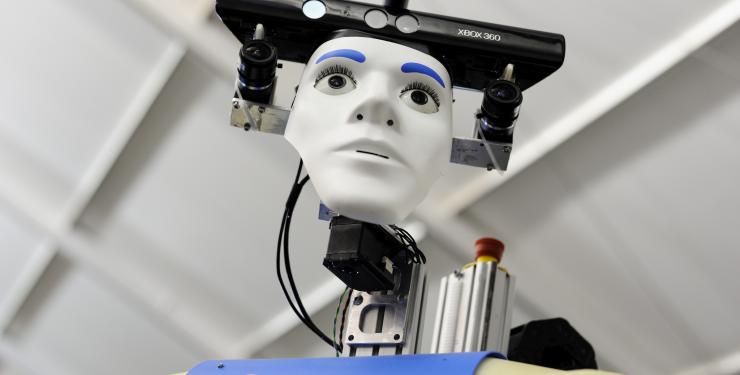 There are many countries around the world experiencing an aging and declining population and low birth rate. Its expected that these countries will increasingly rely on technology and automation to complete tasks which were once done by people. This is especially true when looking at the medial care sector. With an aging population and fewer numbers in the younger generations there is an expected strain on personnel, which a few countries are already experiencing. It all comes down to numbers, and while the idea of robots caring for those in need might seem like it’s straight out of a futuristic movie, this idea is not far from reality.

There is an international research group that has come together with the goal of developing what they refer to as a “culturally aware” robot. The group's members boasts a diverse range of backgrounds including everything from robotics, transcultural nursing, human-robot interaction, health technology evaluation and artificial Intelligence, including London’s Middlesex University and the University of Bedfordshire as well as the robotics company Softbank and Advinia Healthcare Limited. They met in January 2017 to begin the development of these machines and are being funded by both the European Union and the Japanese government. The group is using Softbank’s current robot “Pepper” - who was initially designed to as a companion who can recognize emotion - as a jumping off model for their work. If successful this group has the potential to revolutionize care in the medical and health realm, particularly in the way care for the elderly is approached.

What They Will Do

There are a number of tasks that these robots will be programmed to undertake. One grouping of their tasks will include health related assistance like medication reminders, physical exercises, but also to seek help in the case of an emergency. While those items are the clear and immediate attraction for these robots, they will also assist in day-to-day chores. They will also be able to help in keeping track of bills help with using technology like making video calls, as well as having the ability to take on more of an entertainment role like playing music. Perhaps the most impressive this that they will be able to do though, is to be able to recognize emotion and adapt accordingly. If achieved, this would be a turning point in the development of robots.

It is no secret that people are living longer than they ever have been in human history. Unfortunately, one of the effects of people living longer is that health systems are put under more and more stress. In just the UK alone there are over 15,000 people who are over 100 years age old, and this number will continue to increase through the coming years. What these robots offer is a relief to health care systems everywhere by outsourcing some of the care. It’s not just the system who benefits though, it also lends some freedom to the aging population. With these robots assisting them, the elderly will be able to stay in the comfort of their homes while also being cared for. This is a positive alternative to being place in a nursing home, and at the very least presents an option.

It’s no secret that robots are going to be a big part of our future. Automation is already heavily relied upon in a number of industries and it is only a matter of time before we see these care and culturally aware robots take on the health sphere. Many schools have already taken note of the shift in favour of automation and are including robotics education. Some colleges have begun offering robotics technician training for people who wish to work in this field. It is an exciting and dynamic area for anyone to get into and the best way to stay a desirable candidate is to stay up-to-date on new technology.