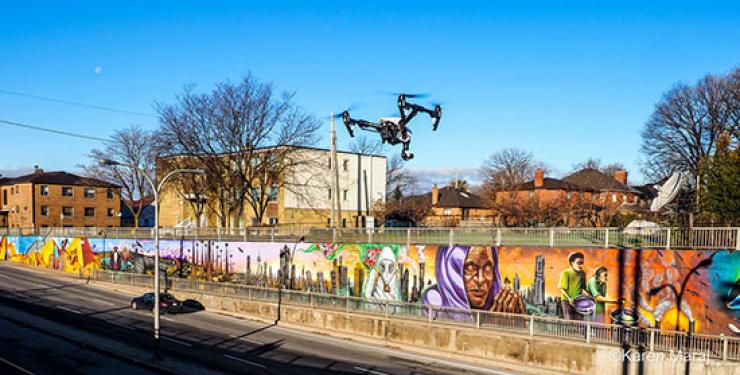 Robots have often been thought of as the stuff of science fiction, but the truth is that robotic technology is quickly advancing and is becoming more and more useful in various situations. Already ubiquitous in manufacturing plants, robots are also becoming widely used for such applications as defusing explosives, remote surgery, and as companions for the elderly, particularly in Japan. But it is in disaster relief that the potential of robotic devices is really coming to the fore. Here we walk through various scenarios in which robot technology has saved lives, or has the potential to do so in the future.

The Nuclear Option
Back in 2011, the Japanese tsunami caused the now-infamous Fukushima disaster, in which several reactors in the Fukushima nuclear power plant went critical or melted down, with their human operators being unable to stop them. At the time, robots were indeed sent in to assess the damage, and assist as much as they could, but the technology was sorely lacking and was just not up to the task. For example, the robots were unable to turn a valve that would have released a great deal of the pressure in the reactors, which would have meant that some of the disastrous effects might have been averted.

Determined to learn from this and to help advance disaster relief technology, DARPA (the Pentagon’s Defense Advanced Research Projects Agency) launched a competition in which 22 design teams from five different countries competed to win a $2 million prize for how well their robots dealt with tasks in both a computer-generated environment and the real world. The robots had to deal with turning valves, like those that the Fukushima robots could have helped with; climbing stairs; cutting holes; and navigating uneven terrain. The competition’s goal was to test not only the robots' physical agility, but also to test their cognition and awareness. (The winner was team KAIST from South Korea, whose DRC-HUBO robot’s postural flexibility – it could complete tasks both in a humanoid bipedal position and also transform into a wheeled machine – gave it the edge over its competitors).

Droning Along
Unmanned drone technology has also been in the news recently, with drones filling roles ranging from surveillance to military strikes, to purported new delivery systems. In terms of disaster relief, an autonomous drone system that can quickly respond to an event and record and transmit useful data to first responders and planners would be invaluable. The challenges in this case are immense though: because local communication and control systems may be damaged and inoperable, the drone would have to communicate with controllers outside of the affected area; the drone would have to recharge and maintain itself, assuming no humans could reach it for a while; an internal environment after a disaster might be difficult to navigate due to debris; and in the case of nuclear disasters in particular, the metal buildings housing the reactors tend to block GPS signals.

These challenges are not unattainable though; for example, the autonomous drone system developed by Professor Kenzo Nonami of Chiba University performs admirably. The drone 3D-maps its environment continuously and uses sophisticated object detection and avoidance techniques to navigate a cluttered space. It uses a base station with several battery cells that the machine can return to recharge, which it will need to do after around 30 minutes of flight time. At this point it can also transmit all the data it has gathered on its journey, allowing the controllers to obtain an accurate assessment of the situation.

Other Applications
Again a world leader in robotic reconnaissance, Japan also uses marine and airborne robots to collect data after disasters, deploying its ocean-going bots to search for bodies and other objects after the 2011 tsunami. Other ideas in robotic technology include autonomous robotic swarms for first responders, and snake robots that can get into hard-to-reach spaces. However, because robots tend to be expensive, and require high-level designers, programmers and robotics technicians for their construction and maintenance, some manufacturers have resorted to hybrid systems that are less expensive but require more interaction. For example, the Bounce Imaging Explorer is a robust, baseball-sized device costing just $500 that is equipped with an array of sensors and cameras and can be thrown or dropped into a dangerous environment. A smartphone app can then be used to view the data and make appropriate decisions about the course of action.

We are a little way off from robots being able to do it all themselves just now, but promising strides are being made in the field of robot disaster relief. One day the robots may save us all. Are you looking for an opportunity to enhance your career by studying robotics? Find out more about the George Brown College Robotics Technician program.