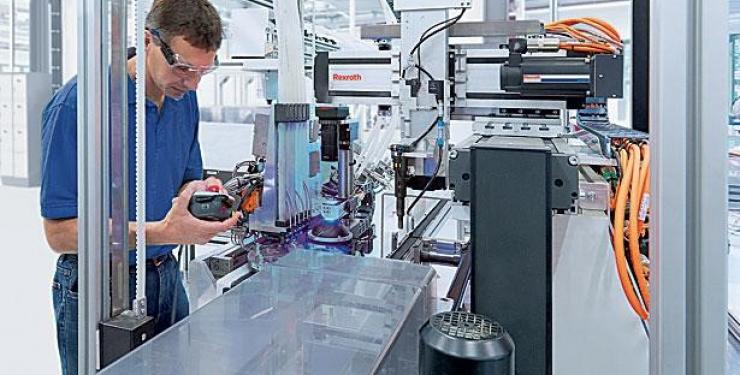 Programmable logic controllers, or PLCs, have long been considered as one of the pillars of the modern manufacturing era, unobtrusively executing the ladder-logic instructions necessary in industrial automated processes. While versatile, PLCs rarely work alone; things like servos, robotics, testing equipment, and vision systems can all commonly be found working in conjunction with PLCs in the manufacture of goods.

Though they work well together, there are some significant pain points when it comes to getting a system’s third party peripherals to work seamlessly with a program logic controller. Traditionally, each device that is connected to the PLC must be managed separately using its own proprietary software. This means that not only does the engineer need to learn the PLC’s programming suite; they must also learn that of the third-party component before they can configure them to work together. The more components, the more cumbersome they are to integrate. While a seasoned PLC programmer may, over time, become proficient at doing just that, they can’t escape the requirement of having to continuously learn a third-party device’s software in order to write the custom code that will allow the component and the PLC to work together.

The adage, time is money, is no less true of the manufacturing sector. The time commitment required for an engineer to properly learn a new product’s software is often too lengthy for new products to be considered for very long, and decision makers are seldom able to justify the added expense of providing additional training to the engineers so that they’ll be able to use the new product.

Robot controllers, a relatively new control methodology, aims to turn this widely held belief on its ear by virtually eliminating an engineer’s need to learn a new software package when using a third-party device.

By creating a “function block” that can communicate directly with the robot controller using ladder logic, the integration of the PLC with numerous components can be greatly simplified. While there is still some coding involved, it is far less time consuming (and therefore less costly) than the contemporary methodology, two facets that undoubtedly add to the appeal of robot controllers. Additionally, the adoption of this new way of integrating PLCs with third-party devices allows for a much easier transition for those already well versed in PLC programming, while reducing the complexity for those just entering the field.

To that point, the online technology courses offered by George Brown College are effective at preparing the next generation of PLC programmers to be successful upon course completion by using the kind of technology graduates will come into contact with out in the field. That said, those new to the industry would equally benefit from getting to work within a simplified control methodology like that inherent in a robot programmer.

This evolution in PLC integration might not sound like much to those on the outside looking in, but there are some pretty big implications when it comes to simplifying the integration process, not least of all increasing a manufacturer’s likelihood of incorporating devices that offer flexible automation rather than hard automation.

What’s the Difference Between Flexible and Hard Automation?

Hard automation involves equipment that is designed to complete one, very specific task. Flexible automation on the other hand consists of using robots that are designed to be able to complete numerous tasks. Though arguably more costly than the alternative, the benefit of owning flexible automation equipment is that should the needs of the business change, these components can be repurposed for alternative uses. Not only do these devices offer a greater return of investment to the manufacturer, they also offer more value to new and existing customers.

Additionally, with the advances in robotic technology, flexible automation equipment is becoming smaller all the time. So not only does a piece of flexible automation equipment do more for a manufacturer, they also take up less floor space. This also makes it easier to switch between the manufacture of different products and reduces the costs associated with shorter runs.

The manufacturing sector is going through an evolution, to be sure. Whether it’s embracing a new control methodology, investing in the kind of equipment that makes integration easier, or technology that offers more uses, there’s arguably no better time to work in the industry.