Human vs Robots: Will Robots Take My Job? 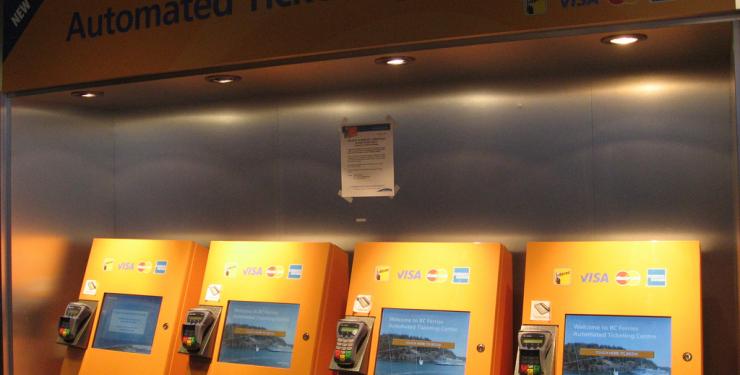 Automation has been making headlines in recent years, as technological advances have led to the creation of some pretty impressive gizmos and gadgets that can handle a myriad of tasks that were once dependant on human labour and creativity. From writing news to escorting patients to a waiting room, modern day robots are clearly capable of many tasks that were once the stuff of movies and dreams. While all this may seem fantastic, the rapid progression of automation has left many experts and concerned citizens wondering what this means for the future of human jobs.

Automation can have multiple definitions. The International Society of Automation (ISA) defines it as “the creation and application of technology to monitor and control the delivery of products and services”. While the words ‘products’ and ‘services’ might initially spark the thought of manufacturing processes, automation can and will have a place across many different industries beyond manufacturing.

What industries will be automated?

The transportation, defense, utilities and manufacturing industries are currently being automated at impressive rates, but there are many other jobs that will be most surprisingly taken over by robots in the near future. While robots may not generally look, talk or act like human beings, they are able to carry out the same tasks as a human employed in the same capacity. In many instances, robots may even be better suited to a given task than a human being, such as when it comes to jobs that involve heavy lifting.

Retail sales jobs, fast food positions, general office clerks, waiters and waitresses, bookkeepers, receptionists and administrative assistants are all at particular risk of being automated in th the years to come. Indeed, some of these jobs are already being increasingly automated, as evidenced by the popularity of automated grocery store checkouts in many urban areas. Unfortunate though it may be, the jobs most at risk of being automated are positions that are often the sole source of income for many working-class members of society. There is a natural worry then that social disparity may increase as automation becomes the norm.

Even “safe” jobs requiring a “human touch” such as nursing and teaching are not entirely immune to automation. For instance, the carebot industry is set to be worth billions of dollars by 2020, as governments and corporations begin to turn towards developing personal care assistants capable of dealing with aging societies. Such robots are already used for socializing with patients, carrying them from bed to bath, escorting them from one room to another, monitoring vital statistics, and more.

Teaching robots such are nothing new either. Some are so sophisticated that they are capable of detecting human emotions in order to adapt their behaviour to a specific interactant. Teaching robots such as Softbank’s ‘Pepper’ have been in classrooms for years already to students in Japan and in the UK.

It is clear that technology trends are pointing towards automation in every field. While manual, repetitive tasks are the most at risk of being taken over by robots, positions requiring human empathy and creativity are the least at risk. However, even these latter roles are not entirely immune to automation, as evidenced by existing technologies in hospitals, classrooms and more. Ultimately, automation will touch every aspect of human life, from home to car to office. Indeed, the best option when preparing forthe next generation of jobs might be robotics education and basic automation training.

With automation set to take over millions of jobs in the next few years, low-skilled or not, there is a legitimate fear that many people will simply not be in possession of a competitive skillset able to provide them with a job in an automated future. In order to prevent disastrous social inequality, governments, companies and educational institutions must set themselves to task of figuring out the fate of the future unemployed sooner rather than later.

One clear strategy is investing in and promoting technological education. Humans must be taught to work alongside machines. The “liquid workforce” model must be supported so that current employees can train and adapt themselves throughout their working lives, as the world around them evolves in increasingly rapid order. In the meantime, the world’s next-generation of workers need to be trained from childhood to understand and interact with technology from behind the scenes, rather than simply being consumers of technology. Without support models in place to foster consistent training, workers will quickly find themselves obsolete in an ever-changing, automated world.