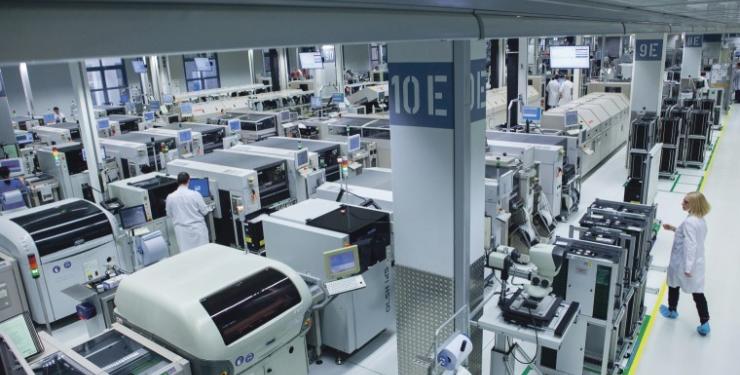 Satellites traveling in geosynchronous orbit around the earth are tasked with performing some of society’s most important services – everything from maintaining the integrity of the global telecommunications network to the monitoring of weather systems and the environment. But as important as these marvels of technology are, they also represent a major financial risk to corporations and governments alike; should these multi-million dollar satellites fail (something that even the best technology is liable to do from time to time), little can be done in terms of repair simply due to their complete and utter isolation from those with the technical acuity required to resolve the issue.

To reduce this risk DARPA, the Defense Advanced Research Project Agency (an agency which is itself tasked with developing technology for the United States military) is aiming to join forces with the private sector to provide on-demand maintenance to “geo” satellites in need of service while in orbit. Not only will these services help to mitigate some of the risk inherent with deploying a satellite, they’ll also play a significant role in lengthening a satellite’s life expectancy.

How Will the Program Work?

If all things go to plan, DARPA’s Robotic Servicing of Geosynchronous Satellites (RSGS) program hopes to be servicing the hundreds of satellites currently orbiting more than 30,000 kilometres above the earth’s surface in less than half a decade. On paper, the plan is a simple one; DARPA engineers will develop a toolkit containing software upgrades and replacement hardware, which will then be deployed using a spacecraft that will be designed and built by a private partner.

GDARPA, already possessing a wealth of knowledge in cutting edge robotic technology, will also provide the robotic components of the module, which will be equipped with a highly sophisticated and dextrous robotic arm named FREND that will perform the repairs. Developed to offer autonomous connections with satellites that were themselves not designed to dock with a spacecraft once deployed, the FREND arm will be able to switch between a number of onboard tools and will be able to provide reliable, high-fidelity spatial orientation information that will help guide the spacecraft while in orbit.

Other Benefits of RSGS

Here on earth, robots are already being used in many different applications, helping to reinvent many of the processes that govern many of the population’s daily life. Like oxygen, outer space is very much devoid of robots, with the obvious exclusion of satellites, probes, and landers. In spite of this, many believe that unmanned spacecraft represent the future of space exploration and the gathering of resources within the solar system.

Governments, of course, not wanting to foot the entire bill for these endeavours on their own, will rely heavily on private sector contributions to see them through – a fact that makes DARPA’s RSGS program all the more interesting as it represents one of the first jointly funded public/private ventures that will offer a fee-for-services exchange that will take place entirely in space.

Notably, the monetization of the RSGS program’s services will help to fund future missions and other space bound initiatives, further reducing the financial burden on government coffers. Furthermore, programs like RSGS will also likely increase the number of challenging and rewarding opportunities for robotics technicians and PLC programmers capable of building the kind of robots and writing the software suitable for harsh and alien environments.

George Brown College’s online technology courses provide the framework that students will need to meet this demand head-on in the coming years. And while there’s still ample opportunity here on earth for those with a penchant for designing and building robots, contributing to a project like the one being launched by DARPA provides graduates the chance to be a part of something historic.

Though the public’s interest in space has never again reached the meteoric levels it experienced during the first moon landing in the 1960’s, this should not be a detractor for delving into the unknown; by adopting programs like RSGS that can actually generate revenue in space, it’s just a matter of time before the next space race begins.