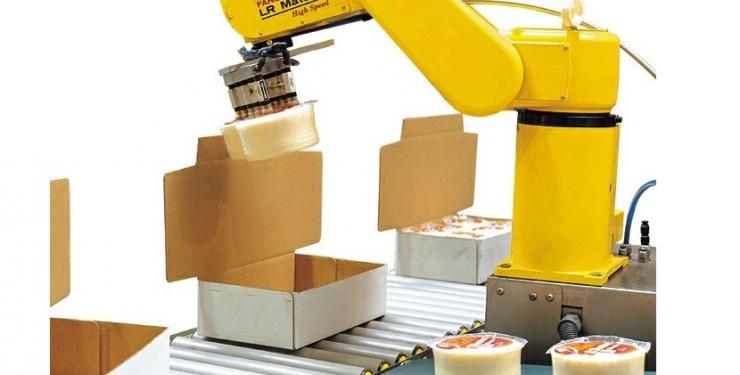 Milk production on dairy farms has used large amounts of automation for many decades, and cheese production is poised to follow suit. For decades, many industries have turned to automation to boost productivity, and the food processing industry is joining the fold. The use of robots makes food supplies and factories safer by reducing the potential for human error and the spread of diseases.

Modern Automation in the Cheese and Dairy Industry

There are a wide range of uses for robotics in cheese production, from the stirring of curds to the transfer of cheese moulds to the cutting and packaging of cheeses. Complex processes can be implemented easily using integrated measuring systems and sensors.

For example, the Dutch cheese company Friesland Foods Cheese uses three robots to package its special Edam cheese, saving it over 500 hours per week in labour costs and increasing productivity by 10 percent. First, cheese balls arrive at the facility on trays stored in large racks. After the cheese is allowed to mature, the racks are sent to a buffer area before the depalletizing area. Once a tray enters the depalletizing area, a robot uses vacuum cups to pinpoint a complete line of cheese balls and places them on a conveyer belt for coating, wrapping, and labeling. The cheese is then delivered to another robot, which picks up the cheese three at a time with “finger-type” grippers and places them in boxes, a job that used to require two people. After the cheese is packed, the boxes are taken from the loading area and advance to another robot at the end of the line which palletizes the boxes for shipment.

The dairy industry has been taking advantage of the benefits of automation for years, and its use of automation is only increasing. DeLaval, a Swedish dairy equipment company, recently unveiled the first commercial robotic milking rotary on a farm in Australia. The rotary uses five robots to milk up to ninety cows per hour. The machine uses a laser to locate the cow’s teats and clean them before attaching cups. After the milking is complete, automatic filling and finishing systems prepare the products for market. These systems can fill many types of vials, bags, pouches, and bottles down to the microliter. Once filled, the containers are closed with a stopper, crimp, or screw cap.

Since food can be tainted with pathogens by human workers, sanitary robots present an attractive alternative. They can also be washed with solvents and high pressure water. Because they can’t get sick like humans can, automation reduces the spread of bacteria and other germs.

Also, since food production is often seasonal, it can be hard to find workers during off-peak times. Many food processing plants also have high turnover rates due to dangerous and harsh working conditions. Some plants even have to hire new workers on a daily basis to replace the ones who quit.

Machines excel at tedious and routine tasks, protecting employees from injuries associated with repetitive strain and making them available for more interesting jobs, reducing turnover. Machines can also perform tasks that humans find awkward or aren’t able to do at all, like reaching into ovens or working in cold storage areas. They can also measure ingredients more precisely than humans can. In addition, they are more sanitary, with stainless steel parts that are easy to clean and have less likelihood of transferring pathogens in the food line, which can result in food recalls.

The increased use of automation in the cheese-making and the food production industry at large may render some factory jobs obsolete, but it will open up new opportunities in other areas. Electronics Technicians, Robotics Technicians, and Electromechanical Technicians will all be in demand to help maintain and build these new automated systems. PLC programmers will also be needed to help design and set up these systems. Online technology courses like those offered by George Brown College can help students earn certificates in these areas and learn the skills they need to excel in an automated world. Through these and other adult education programs, it is possible to future-proof one’s skill set and ensure employment for years to come.