3 Advantages of Using a Robot Simulator 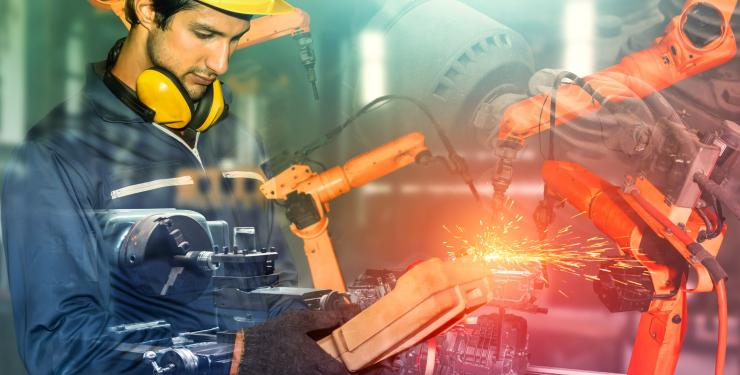 Imagine that you’re working on a project and you’re given the ability to know all the risks involved, the possible challenges that you’ll face, and the ability to sidestep both. Oh, and you’ll also save on production costs and delivery time.

By using a robot simulator, you’ll be able to efficiently and accurately utilize robots in your career.

If you’re interested in becoming a robotics technician, you’ll most likely need to know how to use robot simulation software. In this article, we’ll touch on the 3 advantages to using a robot programming simulator, including reduced integration costs, shorter production times, and less design flaws.

What Is Robot Simulation?

A robotic simulator is a tool that’s used to create an application for a robot, without the requirement of the physical robot. RoboLogix, for example, mimics robotic applications by using a physics engine—a computer software that estimates a real-life object’s attributes.  The simulations happen in real-time, and can feel pretty real, mimicking sound, weight, tension and precision.

Robotic simulators are great for creating a digital representation of a robot, or a 3D model, which aids in the design, development and programming of the final product. You can use simulation software to program a robot used for machine tending, for example. Within the software, you’re able to choose a specific model, create position registers for the robot, and run an entire palletization simulation while interfacing with the machine. Whether you have a physical robot with you or not doesn’t really matter, as the software allows you to gain hands-on experience writing programs, troubleshooting, and seeing how the robot works in real-time.

Robot simulation software is recommended in most aspects of robotic design and programming because of the immense benefits it offers technicians. The following are just a few advantages to using this advanced technology.

You Can Reduce Costs

Robotic simulators reduce project costs enormously because they help technicians plan a design and systems before they’re constructed. Technicians don’t have to account for the costs of real-life integration, wasting money on designs that falter or unnecessary hardware. Programming a real robot is expensive, and if it’s done incorrectly, it can lead to unwanted downtime and even dangerous conditions. With simulation software, like Robologix, the financial costs of developing and programming a robot are side-stepped within the planning stages, so when it’s time to construct and program a real robot, the transition is seamless.

On top of that, robot simulation also reduces costs associated with troubleshooting. Since a technician has already proven the processes of the mechanism work, there’s usually little to no need for adjustments when switching to the real world. The digital development functioned also as testing, so systems tend to integrate fairly without any issues.

You Can Shorten Production Times

Technicians and builders using simulation software know that their designs will be functional the minute that they go to implement it into a physical robot. All they need to do is replicate the simulation that they created.

You Can Enhance Your Designs

Realistic 3D rendering and fast prototyping offer impactful designs that remove any guesswork and manufacturers get to realize and enjoy the benefit of a seamless design that functions the way it was intended to function. There is also the added benefit of safety when using these programs, since technicians are not directly experimenting with the hardware.

Learn How to Use Robot Simulation Software

Using a robot simulator allows robotic technicians to accurately and efficiently do their jobs, no matter the application. Within all industries, robotic simulation software is integral to the quality of robotic functions. From welding robots to picking robots, utilizing a simulator increases the chances of a technician’s success by helping them gain relevant hands-on experience and it reduces the chances of running into avoidable errors.

If you’re interested in expanding your education in robotics, it’s integral that you learn how to use robot simulation software so that you can begin designing and programming them now. Our Robotics Technician Program uses robotic simulation software and instructs students in both the theory of robotic control systems while also offering a real-life interactive experience. Reach out today to learn more